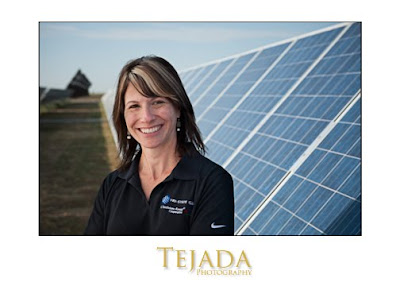 I have recently begun working on an annual report for a long time client on mine. My client is a Touchstone Cooperative who owns power plants and transmission lines. I have shot their annual report for years and it is now time to start this years annual.

Quite often when I head out on assignment for them, we have several other project to shoot other than the annual report photography. These portraits may or may not appear in their annual report, they may end up in their monthly magazine.

Erik and I had two days of shooting in the San Luis Valley in southern Colorado. We were shooting a variety of subject matter, combines harvesting fields, portraits around solar panels and a potato farmer Scott.

This particular post will be devoted to the solar panel portrait portion of the assignment. Before heading down to the San Luis Valley, I was told that we were scheduled to shoot portraits at a solar plant near Alamosa, Colorado the following morning.

Erik and I left for Alamosa early in the morning, allowing us plenty of time to shoot alone the way. I was asked to photograph some new power lines which had been recently installed over Poncha Spring Pass alone Colorado Hwy 285. We took our time going over the pass, turning on various forestry roads looking for good vantage points to photography those power lines. By the time we had reached this location it was near mid day, and the light was a bit harsh. 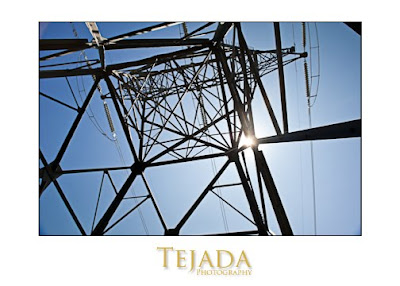 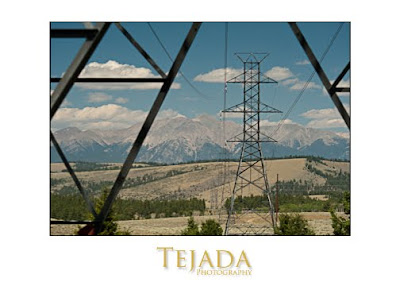 After photographing various angles on power lines we continued our trip to the Alamosa. Just 17 miles north of Alamosa is a small solar plant which Sun Edison operates and my client providing the power lines to deliver the resulting power. We drove around the solar plant scouting for locations for the portraits we knew we were going to be shooting the following morning.

I was told that there was a small sub station on the north/west corner of the property, and my client wanted the substation in the background of the photos we're going to shoot. Based on the placement of the sub station, I needed to be inside the solar plant property to get the photography my client asked for.

I made a few personal photos of the plant while scouting the location for the morning shoot. On the morning of the photo shoot at the solar plant, I learned that my client was unable to make contact with the appropriate person to gain access to the plant. I had about 30 minutes to come up with a solution, photographing a group of 6 or 7 people in a location that says solar power and delivery. We drove out to the plant prior to the arrive of the individuals who were to be photographed, looking for a solution. When we arrived, I noticed a repair or maintenance crew on the property. I caught their attention and spoke to them about the situation at hand. I told them that we had be trying to get permission from a certain gentlemen with Sun Edison and that we had not yet heard back from him regarding gaining access to their property. As it turned out, these workers made a quick phone call which quickly allowed us the access we desired.

After shooting the group, I was asked to make several individual portraits as well as smaller group shots. The photo at the top of the post was photographed utilizing a 42" square lightform panel with a diffusion fabric over the frame. Erik moved the panel into the frame from the left side until I could just see it, and than backed it out just out of frame. Using a panel like this produces a soft light on the subject. Here are a few more images from our morning shoot at the solar plant. 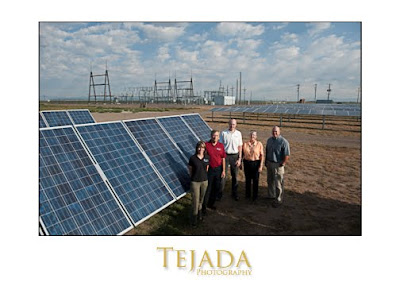 In this image you can see the sub station in the background on the left side of the frame. If I had to shoot this without being on the solar plant property, I don't know what I would have done. 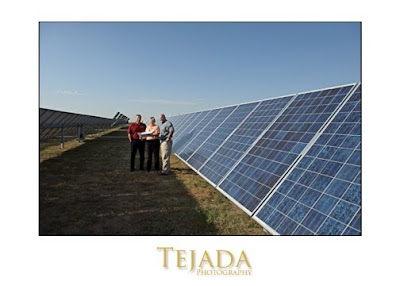 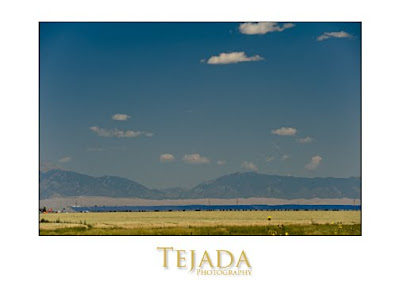 We also shot a little video to go alone with this assignment.

i love the one, second to the last, with the panels as the leading leading towards the group. great shot!

If you're ever in need of location scouting in the SLV, please ping me. I'm an Alamosa native and my father has been a utility lineman for PSCO/Xcel for 35 years there, covering the entire valley; could probably help with finding locations, esp. in reference to the utility infrastructure and agriculture there.