When I use artificial lighting in my photos, the photo falls into one of two types of scenario's. Either a studio type scenario or an environmental scenario.

A studio scenario is when the photographer contributes "All" the light in the scene and if ambient light is present, it play not part in the exposure what so ever. If I'm on location and I want to negate any ambient light, I will set my ISO to my lowest setting, set my shutter speed to it's highest sync speed and than drop my aperture.

When shooting an environmental scenario, one where we use the existing ambient light as a part of the overall exposure, I meter the ambient light first. I place my ambient exposure and than turn on the flash or flashes.

Let's take a look at the following example: During a recent SSBR workshop in Denver, I photographed Andrea in a narrow hallway. Reflected behind her is the existing ambient daylight of an adjacent hallway. 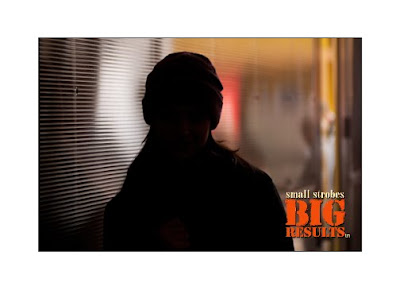 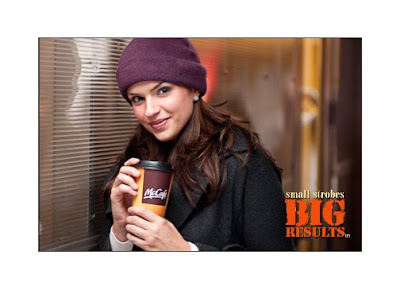 Andrea was lit using one SB-800 in a FourSquare from overhead and a Tri-Grip reflector just out of frame from below. Once the proper power setting is set on the flash for my chosen f/stop, I run my shutter speed up and down to finalize my ambient exposure.

I want to see choices in my ambient exposure, there is nothing worse than only having one choice. Your there, she's there, why not give yourself and your client a choice in the ambient density, it just takes a few seconds. DT
Posted by David Tejada at 1:53 PM