Dubai and Drive By Shooting

I have just completed my first visit to Dubai. I was teaching lighting and Corporate and Industrial workshops for Gulf Photo Plus, GPP. I want to thank Mohamed and his entire staff at the GPP for making me feel so welcomed. It was an honor and a pleasure to work with 4 other fine instructors I now know as friends. Bobbi Lane, Robin Nichols, Chris Hurtt and David Nightingale. This guy David Nightingale knows what his is doing when it comes to post processing! He has a wonderful blog that I would recommend visiting. I managed to squeeze in a few days of site seeing. One of those days was just driving around town to see the sites.

Dubai is an incredible city to visit, modern in every way. The architecture in this city is remarkable, each building you look at is fancier then previous one. Dubai is also home to the worlds tallest building, The Burj Dubai. Like any big city, traffic is a problem as well as finding parking spaces.

On the day of my departure back to the states, my new friend Esam drove me around town to see some of the sites. While Esam drove, navigating our way through traffic I sat poised in the passenger seat with camera in hand.

With the congested roads in the city center and convenient round-a-bouts, I was able to crack off a few images I really like. I shoot this photo of the Emirates Towers in downtown Dubia while stopped in traffic. I used the leading edge of the convention center to frame the twin towers. One of the towers is a hotel and the other is an office building. 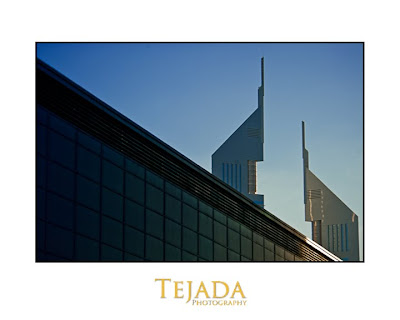 While driving around the financial center, and circling a round-a-bout I noticed light dancing on the surface or roof of a metro station near by. I had Esam drive around the round-a-bout several times until I was able to get the following shot. I took three revolutions to get something I was happy with. Stopping would have been easier, however, security is tight is this area and photography is generally not permitted without permits. 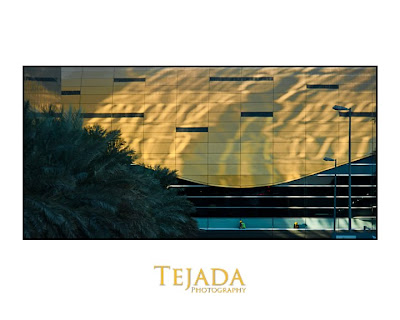 Architectural details are fun to shoot, I look for juxtaposition and strong design elements to frame. I look for reflections in glass and repeating patterns where possible. Of course I would prefer to shoot photos like these using a tripod, however, with a steady hand, fast shutter speeds and a talented driver you can get some pretty nice images. 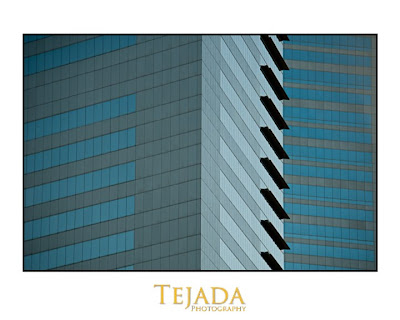 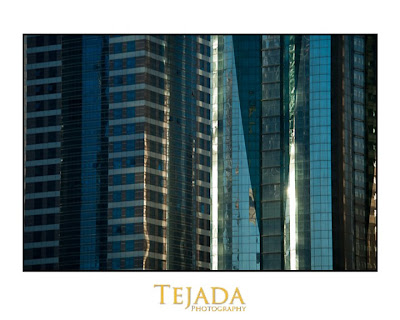 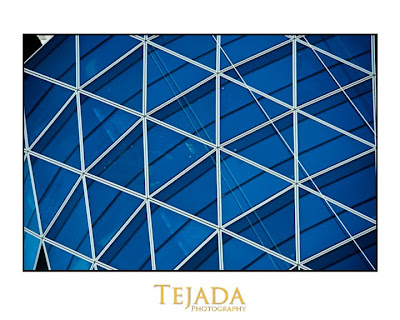 Beautiful work with those images. The angles and light really appeals to me.

Hi Dave. I'll never know that you'll be visiting here in UAE. You could held a workshop in Dubai at am sure you'll have many participants. Frankly I became a minimalist when it comes to using strobe. I also use 3 SB-800 to light my subject and used to be very happy with the result.

Hey, great shots David! Thank you for coming and we thoroughly enjoyed having you out here and look forward to hosting you again soon.