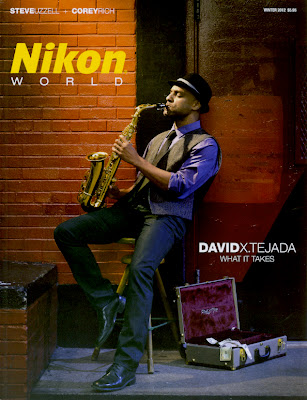 I was surprised to see that a photo I had shot for Nikon late last year made the cover of the Winter 2012 issue of Nikon World. I knew of course that I was being featured in the magazine but had no idea that one of my photos would grace the cover. I'm thrilled and honored. I blogged about this photo a while back. You can read that post HERE.

Late last year, I was asked by Nikon to create 3 different photos and that they wanted to video tape me shooting. The cover shot is one of the three I created for them, the other two can be seen in the complete article in the magazine. The video which was shot during the photography process has not been released just yet, perhaps in the next few weeks. 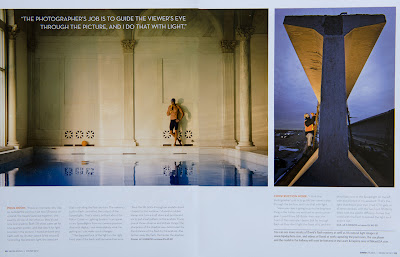 The photo on the left was another one of those shot for Nikon during my NY visit. The other is the beautiful model on the right in the spread below. I'll post more about these to photos later as time permits. 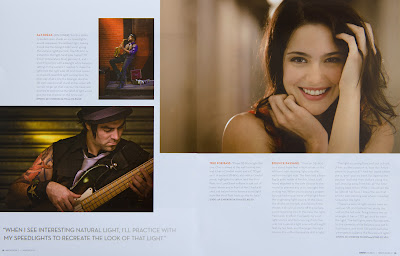 I look forward to the opportunity to do more work for Nikon! You can download the article HERE. DT
Posted by David Tejada at 10:38 AM

Its just great! Congratulations!
(Also the shots are amazing - all three are, but my fav is the first one with the saxophone.)