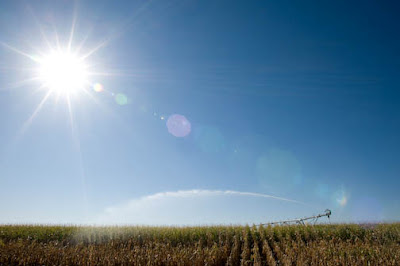 Over the past several months I've been working on an annual report for a client of mine that generates and transmits electricity in a 3 state region via their Co-Op's.
Earlier this week I was in Western Nebraska shooting various agricultural scenes and landscapes.  This years thyme to the annual report is "Home Grown".  Most of the photography will be used as full page spreads with copy or some other insert of graphics or other photos in the image area. 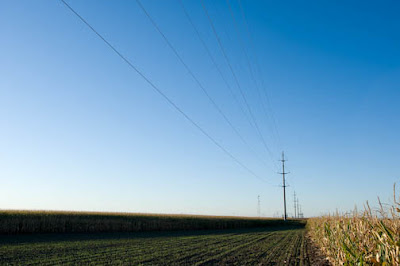 Personally, I thought it a bit late in the season to be photographing crops and related agricultural subject matter.  I would have preferred sometime in the month of August, crops are a bit more green and fresh looking. 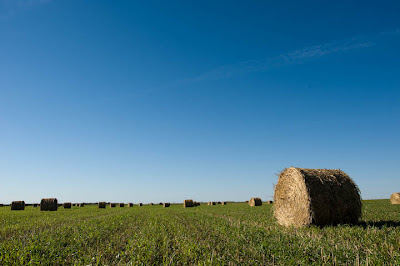 Waiting later in the season however, allows us to capture images like the one above.  Your not going to find much in the way of bailed hay like this early in the season.  I also had the opportunity to shoot some aerials of farmland east of Denver for this project.  Erik and I spent just about 2 hours tooling over the county side looking for graphic scenes like the next few images shown below. I love shooting aerials, helicopters are the coolest aircraft to fly in. 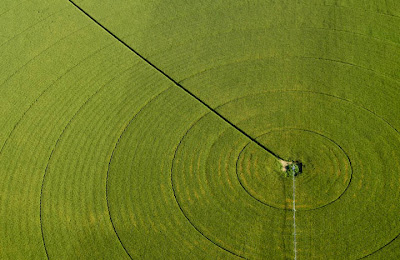 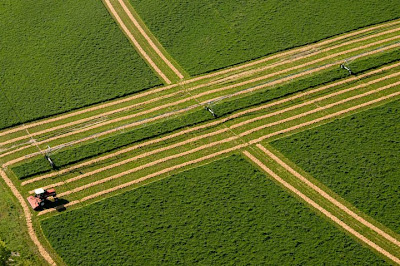 For the Nebraska portion of this assignment I took lighting with me.  Even though I knew I was shooting landscape type shots, you just never know what you might get yourself into.  I took along a couple of SB-800's and a more powerful Q-flash if needed.   We never pulled out a light, we did however use a flexfil to bounce some sunlight on the back of a farmer.  DT

Did you get to slide back the helicopter door and lean out over the abyss? My employer has a helicopter and I find this fun - in small doses anyway. When are you bringing your workshop to the Pacific Northwest? Soon I hope.

We fly with the door off. I'd love to do a workshop in the Northwest if the interest is there. DT

I'm with phil, I would love to see you do a workshop here in the PNW. I'm in Victoria BC so Vancouver BC or Seattle WA would be perfect. I'd be there for sure!

Thanks again for the great blog you run.

Great images. David, do you compose "on the fly" when in helicopter or do you shoot a little wider and then crop to get the right pattern? I'm referring to the tractor and those beautiful lines.

I love your beauty dish post - I'm definitely going to try one myself.

Hi Andrei: I compose on the fly. I am more interested in composing in camera rather than cropping for it. This is how I've done it from the start. DT