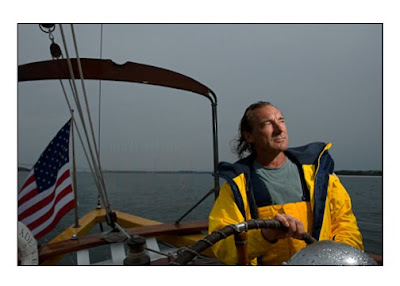 I my last post, I mentioned that we had a bit of rain during our Mentor Series Trek to Newport Rhode Island. We managed to dodge the rain for a short time in the Lobster Company where I took the photo of the guy holding two lobsters.

One of the weekends activities that the Mentor Series planners had arranged, was a harbor cruise aboard a beautiful sailboat. After holding up at the lobster shop, the rain did lighten up enough to venture out on the water for an hour. You can see here that we are all bundled up with ponchos and other rain gear. 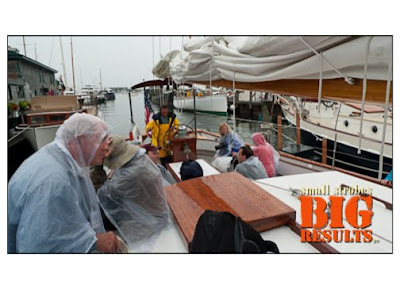 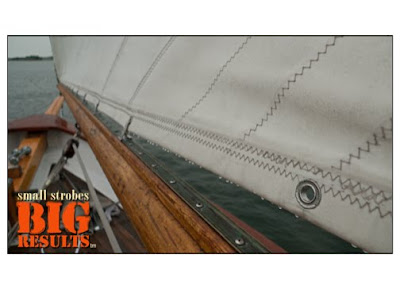 The photo at the top of this post was made using a single SB-800 held by one of our trekkers. The flash was just outside of the image area, and the trekkers used her left hand to flag the flash from the camera lens. I first metered for the ambient light, under exposing it by about 1 1/2 stops in order to make the sky more dramatic. Once the ambient was set, I adjusted the flash power using the built in commander on my D700. The flash was set to channel 1 Group A.
Posted by David Tejada at 3:10 PM

Hi David. It's been a while since you last released a BTS video of your work. Anything in the pipeline?