The Joy of High Speed Sync

Earlier this year, back in February, I was teaching at the Santa Fe Workshops. My class wanted me to demonstrate high speed sync for them. We stepped outside in the snow and I photographed a student with the chapel on campus in the background. 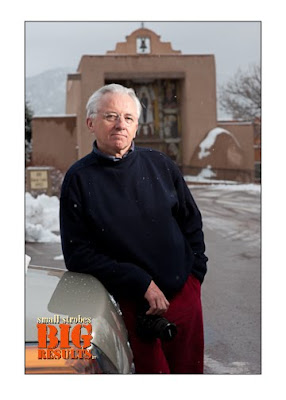 Shooting with an aperture of f/7.1 provide too much DOF for my taste. Using high speed sync allows me the choice to shoot this photograph using a much shallower DOF.

By opening my lens to f/1.4 and raising my shutter speed to 1/5000th of a second, I was able to produce a much different looking image.

One of the downfalls of using high speed sync is that your flash looses a tremendous amount of power. I believe the power setting on the flash for the photo above was set to about 1/4 power. I was using a Nikon SB-800 shot through a Lastolite Tri-Grip just outside of the right frame of this photo. When I moved to high speed sync, With the flash at the same position, the power needed to be increased to full power. Here is the resulting photo showing a much shallower DOF. 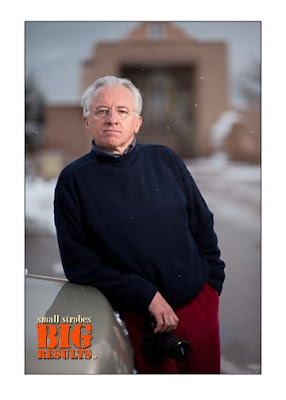 Check out my new web site I built at Squarespace.

David- great entry. I was never able to bump up to 1/500th sync. The way I got around it is by introducing a Neutral Density filter, .6 or .9 to allow for larger apertures. Of couse, flash power does go up considerably as well. I enjoy reading your blog.

Great example of the FP. However, how did you trigger the off-camera flash? I figure you can only use cable to take advantage of the FP?
I don't think you can use pocket wizard, correct?