Chickens In The Studio

Today I took my chickens into the studio for a few pictures.  I wanted a clean white set up and a nice reflection under them.  I used tile board for the surface the chickens are standing on, the white seamless reflects perfectly on the surface.  Here are a few set up photos to show you how I put this together.  You will notice that I placed some black panels to help minimize the possible flare from lighting a white background.

I used a beauty dish to light the chickens, the dish also had a sock over the face of it to soften the light a bit.

The chicken show above is only a stand in.  My wife once made diapers for chickens she sold at a county fair, Crazy! The next photos show the lighting of the background, one SB-800 on either side to light it evenly.

Mark your calendar, wait! Register right now and then mark your calendar!   These workshops sell out very fast so don't delay.  I'll be joining my friend and fellow mentor Dave Black on this fun workshop.  For more information visit the Mentor Series website.
Posted by David Tejada at 6:56 AM 1 comment: 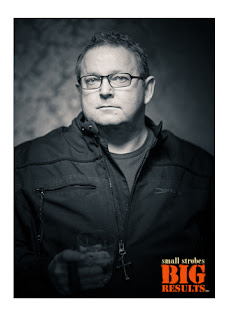 For sometime now, I've been using a wonderful light modifier I picked up at Cowboy Studio.  I bought a 22" beauty dish which came with a diffusion sock and grid about a year ago.  The beauty dish has a wonderful look to it, sort of hard and soft at the same time.

The photograph above is of my friend Chris, he needed some corporate head shots and I wanted to do something for myself.  I used the beauty dish with the honeycomb grid, this is the only light used for this portrait.  The light on the background is the fall off of the main light.  I had Chris stand about two feet in front of a piece of fabric I bought at a local fabric store.

These Beauty Dishes are designed for Speedlight shooters.  I really only use it around town as traveling with it can be a problem because of it's size.  These are really inexpensive, under a $100 dollars!  DT
Posted by David Tejada at 9:08 AM 1 comment:

I've been shooting for my friend Marti for quite sometime now. I met Marti about 13 years of so ago when she work at a local energy company. I shot there annual report and since that time have remained friends.

Marti has changed employers several times since our first meeting, because of your friendship I have been able to continue providing photography where ever she has moved. In any business, turning a customer into a client is key.
I have several clients that I've worked with over a period of years and years.  Many of those folks, I have never met personally. Face it, there are tons of photographers out there that know what their doing (photographically). I can tell you from personal experience, that if your a decent person and provide great service you'll have clients for years.
I have another friend (client), named Mark. I have worked with Mark for that many years. As a matter of fact, we have know each other of about 30 years. We've traveled on assignment together and have had tons of laughs together. I cherish my working relationships and you should too.  I know you most likely have heard this statement before, believe me it's true.  I so much easier to keep a client then to find a new one!
Take care and nurture the relationships you have, really. The photo of the bolt above illustrates something important to me regarding this subject of relationships.
Late last year I was shooting with Marti somewhere in West Virginia, I was working on her annual report shooting various Oil & Gas type stuff. We were on site at a well head shooting an employee with his truck checking on things. While walking back to the rental car, Marti spotted a bolt on the ground and asked if I would mind shooting that for her.  The first thing out of my mouth was, "You bet Martie, something for your wall?"  She stopped, looked at me and said, "You know what I love about you David? Most anyone else would have said your crazy Marti, but you just go with the flow and ... something like that"  I could have very easily said your nuts and walked on, it's all about the client.
Here are a few more images shot for Marti on this particular assignment. Hope you enjoy. DT

Posted by David Tejada at 8:20 AM No comments: 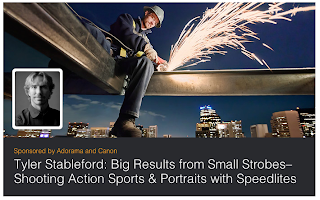 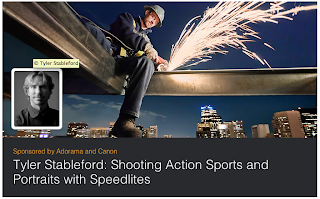 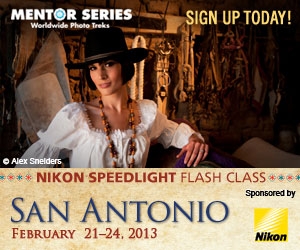 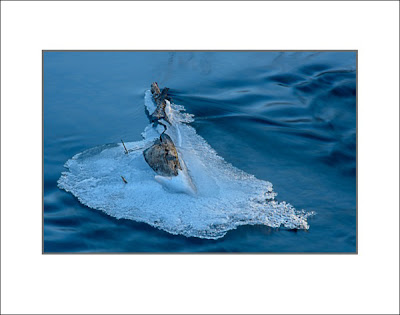